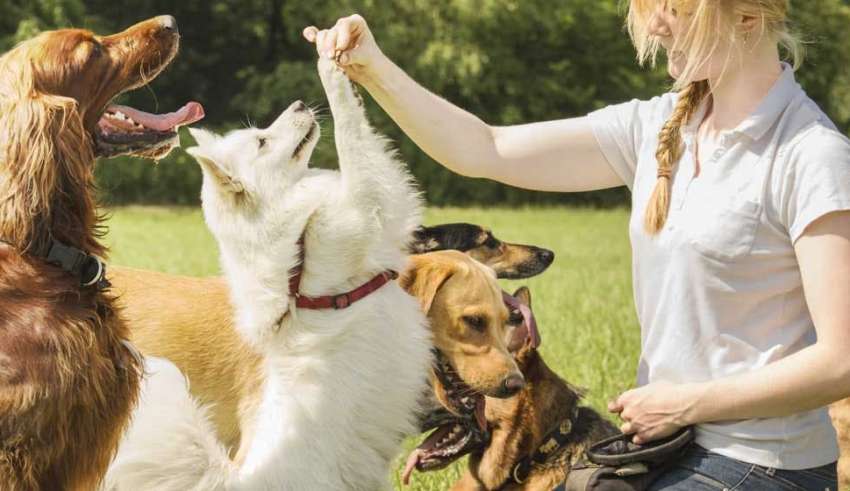 If you’ve had your dog since they were a puppy and have sent them to puppy training at the right time, they will likely remember their training as long as there are no significant changes around them (e.g., relocation or another dog joining the family). However, if you’ve adopted an older dog or rescued them from the streets, they will likely need retraining (if they were even trained in the first place).

All dogs are different when it comes to behavior and temperament. Whether you’ve had your four-legged pal since they were a puppy or had them later in life,

here are the signs that might mean they need retraining:

If your dog has not shown signs of aggression until now, it’s best to take them to a vet to see if there’s anything wrong. Most of the time, when dogs show unusual bouts of aggression, they are dealing with pain or an illness that does not physically manifest in other ways.

However, if the vet says there’s nothing wrong with your dog, the next best step is to enroll them in an obedience school. Aggressive dogs, especially those who have come from abusive owners, are likely to harm other dogs or people.

Some dogs learn that a ‘no’ from their owner is not necessarily a command to stop because of the lack of consequence afterward. And so, if your dog has adopted this behavior, they will likely do what they initially wanted to do once you are distracted. Of course, this can lead to unwanted consequences for you, as the owner, especially when your dog has stopped listening to your ‘no’ commands entirely.

No dog owner wants to come home and find their favorite pair of shoes ruined by their beloved pup. So if your dog starts up his or her destructive behavior again (which you probably thought they got over when they were younger), it’s time for an obedience refresher course. However, remember that unusual destructive behavior is typically a sign of a deeper problem, such as separation anxiety or lack of exercise, so you might want to have them checked out by a vet first.

Commands to dogs are like language to humans–when you don’t use it, you lose it. So if your dog has forgotten some of the commands they’ve been trained before, it’s a clear sign that they need retraining.

On the other hand, forgetting commands is not only caused by poor practice. It can also be due to a significant change in their environment. If you have moved to another house, for example, your dog might forget the commands that they’ve associated with the things at your old place. In this case, retraining is necessary.

Every dog owner wants their pup to behave well, but you can only expect good behavior if you train your dog well enough. So if your dog starts exhibiting one or more of the qualities listed above, it is high time for retraining. If the problem is simple, such as whining and jumping on counters, you can easily tackle retraining yourself. However, if your dog starts exhibiting destructive or dangerous behavior, it’s best to enroll them in a professional retraining course.